How Fish Oil Benefits The Heart 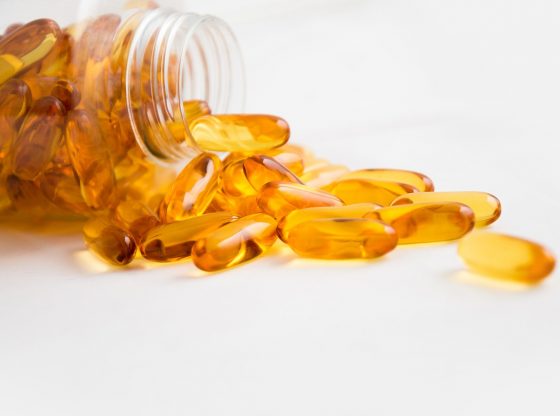 Omega 3 oils have made it into the medical news headlines many times over the past couple of decades.

Why has this occurred?

This is because omega 3 fatty acids have been shown to have some very impressive effects on prevention of heart disease, as well as being linked to lower incidences of depression and dementia in both population studies, and in the case of depression, randomised controlled trials as well.

Then came the GISSI prevention trial, which was a large Italian study of 11,324 heart attack survivors.

This study showed that heart attack survivors who took a capsule of fish oil every day, which is equal to 1 gram of fish oil, which is equivalent to 850mg of omega 3s, had a 30% decrease in cardiac mortality, and 45% decrease in risk of sudden death. And these benefits were apparent within just four months of the trial.

Then the Lyon study came into the picture, looking at 600 heart attack patients.

It was found that those who took the advice of eating a Mediterranean diet, with an emphasis on fruit and vegetables, and in particular an adequate intake of non marine sources of omega 3 oils (alpha-linolenic acid), had a decrease in their risk of heart related death at 5 years by 70%, when compared to those patients who had no such dietary advice.

Firstly, there was a study looking at the benefits of omega 3 fatty acids in healthy male doctors. This study was known as the Physician’s Health Study.

Secondly, there was the Chicago Physician’s Health Study Western Electric Study which studied a group of 1822 men over a period of 30 years.

This study found that those who ate more than 35 g of fish per day had 38% less risk of dying from heart disease, and a 44% reduction in risk of heart attacks, when compared to those who had no fish intake.

These are just sample of the various studies on the health effects of omega 3 fatty acids on cardiac health.

It is very sobering to realise that about 50% of heart attacks have no warning.

The benefits as shown in the studies above, relate to preventing heart attacks in those who have already had one, as well as reducing the risk of myocardial infarction and sudden death in healthy individuals.

The these essential fatty acids have been linked to reductions in risk of dementia and depression, in the treatment of depressed patients, and improvement in IQ of children.

There are even studies on the effect of fish oils on reducing levels of aggression in young adults.

They vary from heart health, to mental health.

So watch out for more developments in the area of omega 3 fatty acids, including more medical studies on its various benefits.

Want to learn more about omega 3 fatty acids? Marcus Ryan helps you to discover the health benefits of omega 3 fatty acids and fish oil, including a clear understand of the results of medical studies and research on fish oil benefits.

Marcus Ryan helps you to discover the health benefits of omega 3 fatty acids and fish oil, including a clear understand of the results of medical studies on omega 3 oils, which species of fish are high in omega 3 and low in mercury, how safe are fish oil capsules, and the latest news on omega 3 fatty acids. Visit his site at: http://www.omega3oils.info