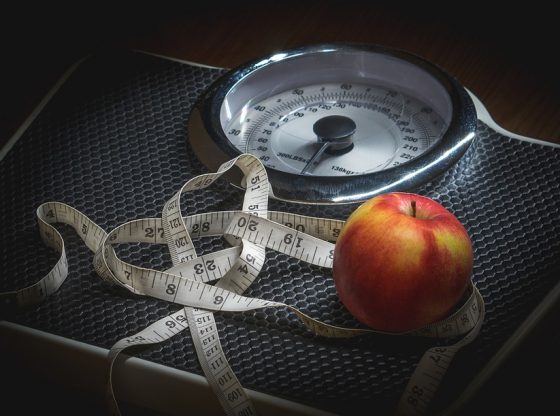 Tip no. 1: Set SMART goals. Goals give dieters something to aim for and are a good source of inspiration. Fitness experts worldwide would agree that all goals you set should adhere to the following acronym:

S (simple): All goals should be easy to remember. Saying I want to lose 20lbs of fat, gain 10lbs of muscle, speed up my metabolism and lower my cholesterol in 6 weeks unless I get promoted in which case I want to lose 10lbs of body weight in 8 weeks may well be ambitious and time-considerate, but you are hardly going to remember it in 6 weeks when you need to figure out how much you have lost.

M (Measurable): Your goals should almost always contain a number. Whether it is to drop 10kg or to fit into those 34 inch jeans, having numbers involved means that you can check your own progress.

A (Achievable): Many people often ask me: Is it possible to lose all this weight in 3 weeks or I want to lose 50 kilos! Can I do it before Christmas? The answer to the latter question is usually a resounding no, and I often suggest that these people might want to set themselves a target that can actually be hit. Above all, it prevents disappointment and makes them less likely to fall off the rails halfway through a dieting program.

R (Realistic): Your goals should reflect your lifestyle. It is a good idea to diet when you are likely to have little stress from outside influences (such as work) and you have plenty of time for the exercise you enjoy.

Tip no. 2: Write Down Everything You Eat. Many people are overweight because they are heavy snackers and eat far too much than they realise. The simplest way to beat this is by writing down everything you eat. That way, when you eat something that you did not mean to eat, you will know about it.

Tip no. 3: Use Smaller Plates. As silly as this may sound, a smaller plate will look fuller than a bigger plate with the same amount on it, so your mind will tell the rest of your body that it is getting more food. Besides, you can only fit so much on a small plate!

Tip no. 4: Proteins. Low fat protein rich food, such as egg whites and chicken breast, are fantastic for dieters that want larger portions, as they contain amino acids that build muscle fibres. Aim for 60g per day (I favour tofu or soya bean; its cheap, easy to fry -with fat-free Pam spray- and contains beaucoup protein).

Tip no. 5: Low Carbs, Not NO Carbs! Atkins enthusiasts rave about the benefits of carb-starving and that fats are not really that bad, but the simple fact is that your body needs carbs as a basic energy, so after starving yourself of them only to eat them again, your body stores that energy as, you guessed it; fat! Aim for around 240-260g of carbohydrates per day (look at potatoes, pasta, rice and wholemeal bread).

Tip no. 6: Buy a Bag of Nutrasweet. Any sweetener can be used as a sugar substitute and I believe they taste fairly similar. Plus, a tablespoonful contains about 0.1 calories, compared to the 18 that you will often find in sugar.

Tip no. 7: Lift Weights. Lifting light weights can burn calories and tone up every muscle in your body. It is a common misconception that lifting weights will always build big muscles, which is something that many women are keen to avoid. However, this is only true if your body is of the correct somatotype (body shape) and if you really are overweight then believe me, its not.

Tip no. 8: Drink Green Tea. The benefits of green tea have long been discussed, the main one being that it contains the right chemicals to speed up your basal metabolism (which in turn burns fat faster). Two cups per day (without sugar!) is enough, while the only known side effects are that the caffeine in it can cause minor sleep deprivation, so drink it in the morning.

Tip no. 9: Get Busy! As I mentioned earlier, many overweight people are heavy snackers and these are usually people with two much time on their hands (that are often bored). The best way to combat this is to, quite simply, do something! Getting a new hobby, and therefore spending less time near the TV, are ways to keep you away from the fridge.

Tip no 10: Stop Talking About it! Diet must be one of the most discussed topics in modern society, yet, the people who talk about it are often the ones who want to lose weight. Then, how to prevent obesity? The real secret is to get on with it. As of tomorrow, you are officially dieting, so scribble down five small meals and brew yourself a cup of green tea!

Dietpolicy.com is a website that deals with various topics like junk food, obesity, weight reduction and diet tips and many more. This article has been written by Tom Eveleigh. He is a Physiology student and a health and fitness enthusiast.